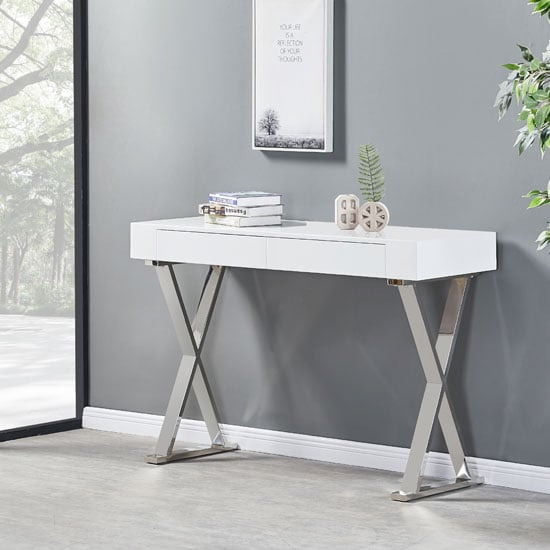 Console tables are a rare piece of furniture that is celebrated for their functionality. These furnishings aren't as popular in interiors today as their side-table or coffee-table counterparts. However, console tables have become more fashionable over the years and are trendy home accents. A console table by Furniture in Fashion will add visual depth and interest to your space. A console table's slim design adds style to your space. To add light and space, use an entrance table. Your table can be dressed to make it stand out, whether you are looking for something elegant or glamorous. A Furniture in Fashion’s console table will make a bold statement in any space.

Explore the selection of console tables from Furniture in Fashion. What style is your favourite? You can also find console tables in every Furniture in Fashion table collection. To make a double impact, pair an entrance table with a cocktail or side table. Do you want to add beautiful furniture to your home's decor? You can explore your options for home decor with this selection of stylish console tables. They come in a variety of styles and designs to complement modern and contemporary interiors.

You need a table that can be used to store keys and mail, but you don't want to compromise on quality. The elegant console tables with brass accents from Furniture in Fashion are a great choice. The table's solid steel frame and beautiful etched design give it a sophisticated, elegant appearance. It also features a bevelled top made of glass. The piece is a statement piece and features antique-looking mirrors that are arranged over veneers or hardwoods in an eye-catching design. It adds glamour to any hallway.

Get Affordable furniture for decorating your Hallway:

You might be looking for furniture that is low-profile and can double as a TV Stand. Furniture in Fashion's multi-purpose console tables is a great example of a unique unit. The table is made of solid pine and has ample storage for books, DVDs, and other items. It also features adjustable shelves and drawers with media dividers. There is even a wire management system that can be used to organize all of your electronics.

Wood console tables were popularized in the 17th-18th centuries in French culture and Italy. They were only found in the homes of the wealthy. These small, sculptural pieces were often paired with matching stools or mirrors and featured marble table tops. They were often half-moon-shaped, stood on two scrolled gilt wood feet, and because their flat-backed supports weren't supported on the traditional four legs, they were meant to hug the wall behind. They were also commonly joined by an ornamental stretcher. They were attached to the wall using architectural brackets known as console brackets. This gave them the appearance of freestanding furniture.

Console tables were a dramatic addition to any aristocrat's foyer. They are an example of Rococo-style furniture. However, they occupy very little floor space, which is a desirable feature in furniture for homes. They became a popular addition to any home and were soon available in other countries. 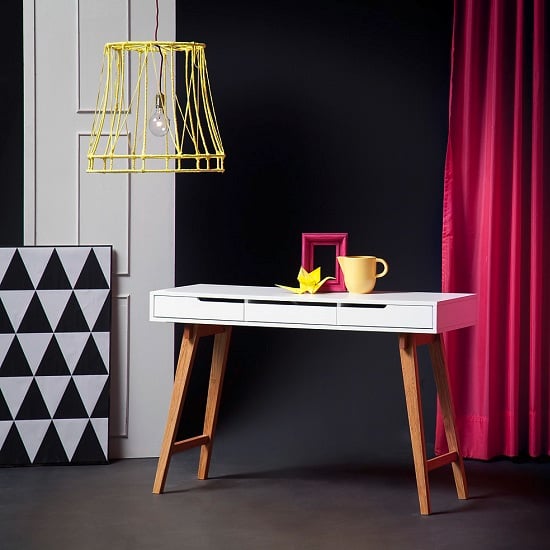 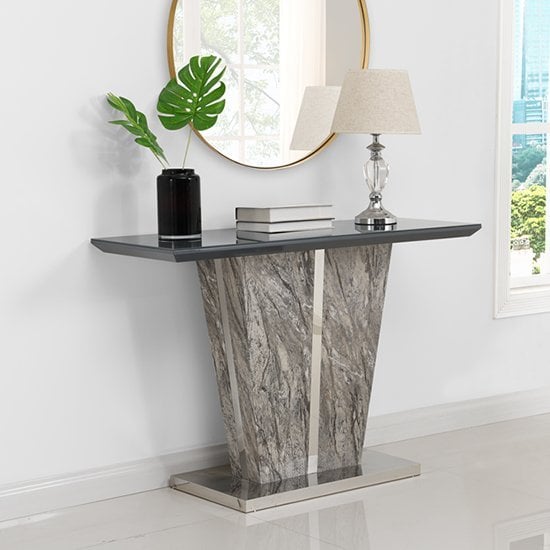 All types of console tables are available here.

Modern console tables are made from many materials and come in a variety of shapes and designs. They are often made from metal, walnut, oak, or marble. Modern console tables are typically four-legged, but you can still find two-legged versions that fit perfectly behind a sofa. If you are looking to save space, our narrow console table can be a good choice. These console tables have outgrown their original purpose as ornamental objects. They now house treasured decorative items, fill empty foyers, and provide storage for small amounts of furniture. Furniture in Fashion has a rich selection of vintage, antique, and new console tables. 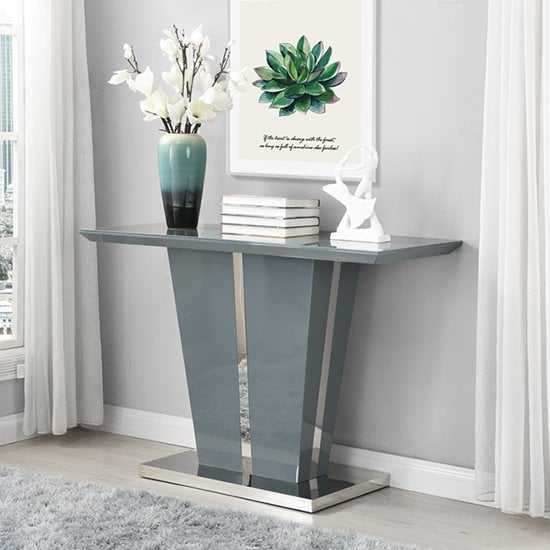